Tomb of Dukjong and Queen Sohe with the last name Han, Gyungreung 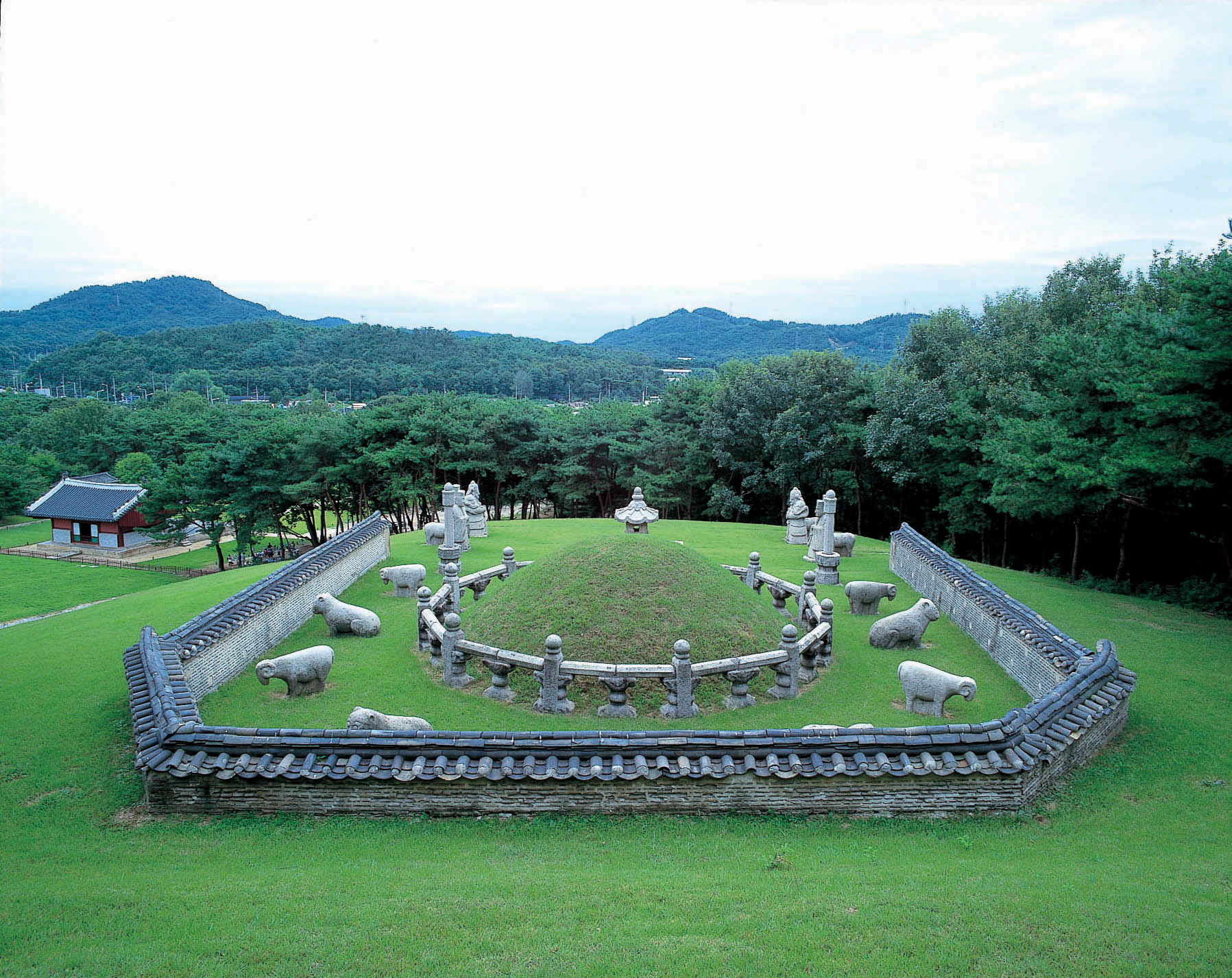 This was the twin tomb in Dongwonigang type performed from the reign of Sejo and also the tomb that was built for the first time in Seoreung. In general, the tomb for the king is located on the right, and the one for the queen is located on the left. However, what is unique about this tomb is that the tomb of kign is on the left side, and vice versa for the one for queen. In addition, the tomb for queen is relatively more splendid than the one for the queen. Therefore, people might be confused about this tomb. There is a reason why they were built in that way. Dukjong was the daegun instead of the king as an older brother of Yejong when he died. He actually died when Sejo proceeded tomb simplification policy.

Therefore, Dukjongreong does not have Nanganseok and Mangjuseok. However, the tomb for queen Sohe was built after the husband was promoted as Dukjong. Therefore, her tomb was built in more splendid way than the one for the king.

Dukjong (1438-1457) was the oldest son of the seventh king, Sejo, and the queen Junhee with the last name Yoon. His last name was Chang, and the first name was Wonmyung. As he was in good appearance with courtesy, he was much loved by Sejong and the queen Sohun. However, he ended up dying at the age of 20 as he was weak. The second son of Dukjong, Sungjong, became the ninth king as ‘Dukjong.’

The queen Sohe (1437-1504) was promoted as crown princess on the first year of Sejo giving a birth to Sungjong with Wolsandaegun. As Dukjong died on the third year of Sejo, she gave birth to two sons for three years.

Queen Sohe published the book titled 女訓 containing the principles to follow as a housewife. She lived for another 47 years after Dukjong died. He blamed related parties blaming them that the birth mother of Yunsangun with last name Yoon was dethroned and died. There was a story that Yunsangun hit her with head, and she ended up dying.

list
Privious
Tomb combined with Jungreung and Hyoreung
Next
Tomb of Hui Bin Chang as a queen from royal court lady, Daemin tomb