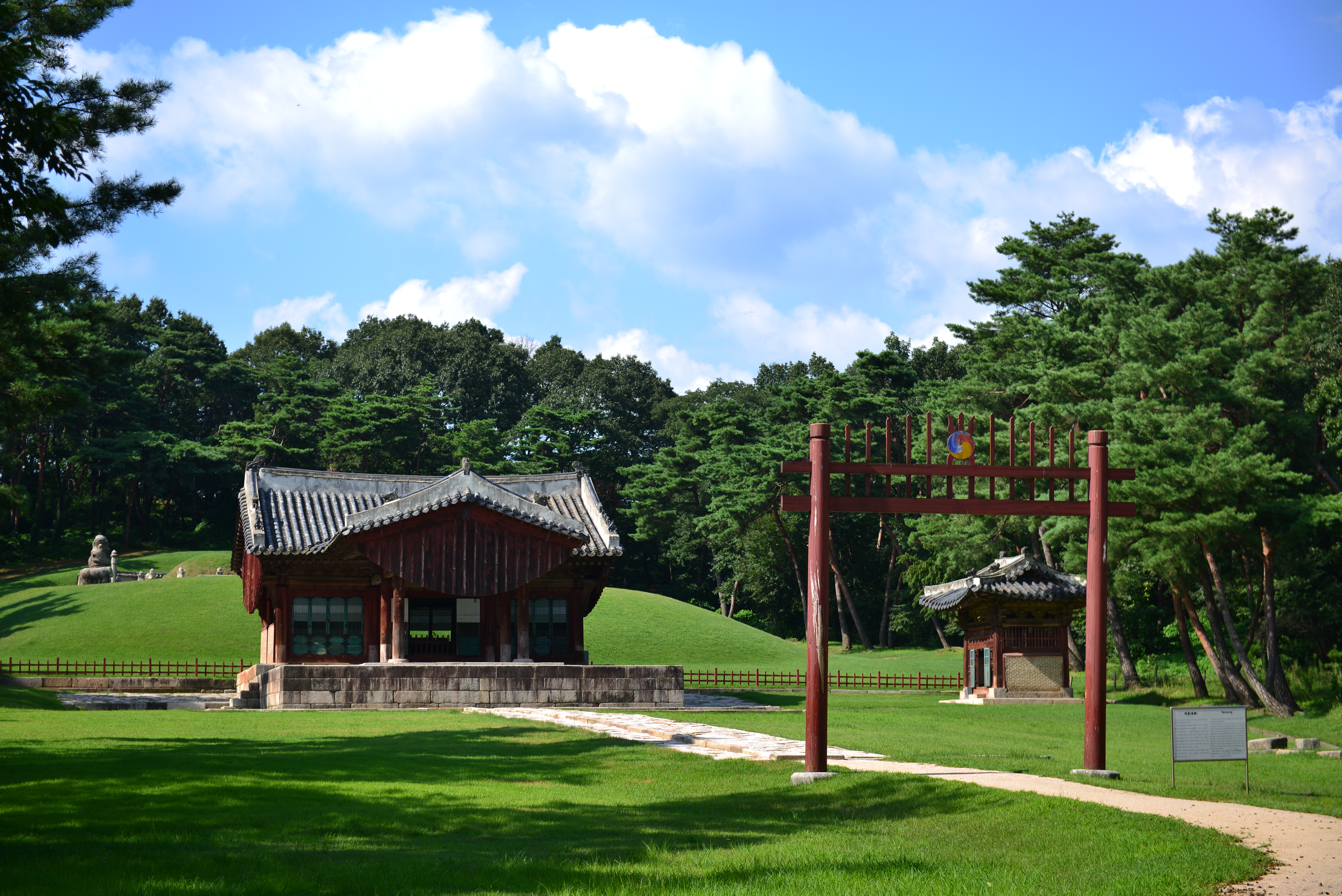 This is the twin tomb of the queen of the 25th king, Chuljong (1831-1863), Chulin, Yereung Well-known as ‘prince of Gwanghwa,’ Chuljong became the king next to the 24th king, Hunjong, in 1848 when he died while living in Gwanghwa-do.

This was because he was the one and only descendant of Youngjo.

In 1801, wives of Eunung-gun, Song, and Shin, were killed as they were Christians.

Furthermore, older brother of Chuljong, Wonkyung, was in the middle of making rebellion and caught up that he was killed. Most of the people around Chuljong ended up dying. Chuljong had difficult time and ended up dying on the sixth years (and fourth month) after reigning. Yereung is the gigantic size among Joseon royal tombs as a twin tomb of Chuljong and the queen Chulin. In addition, it is the last tomb that followed the royal tomb policy in Joseon Dynasty.