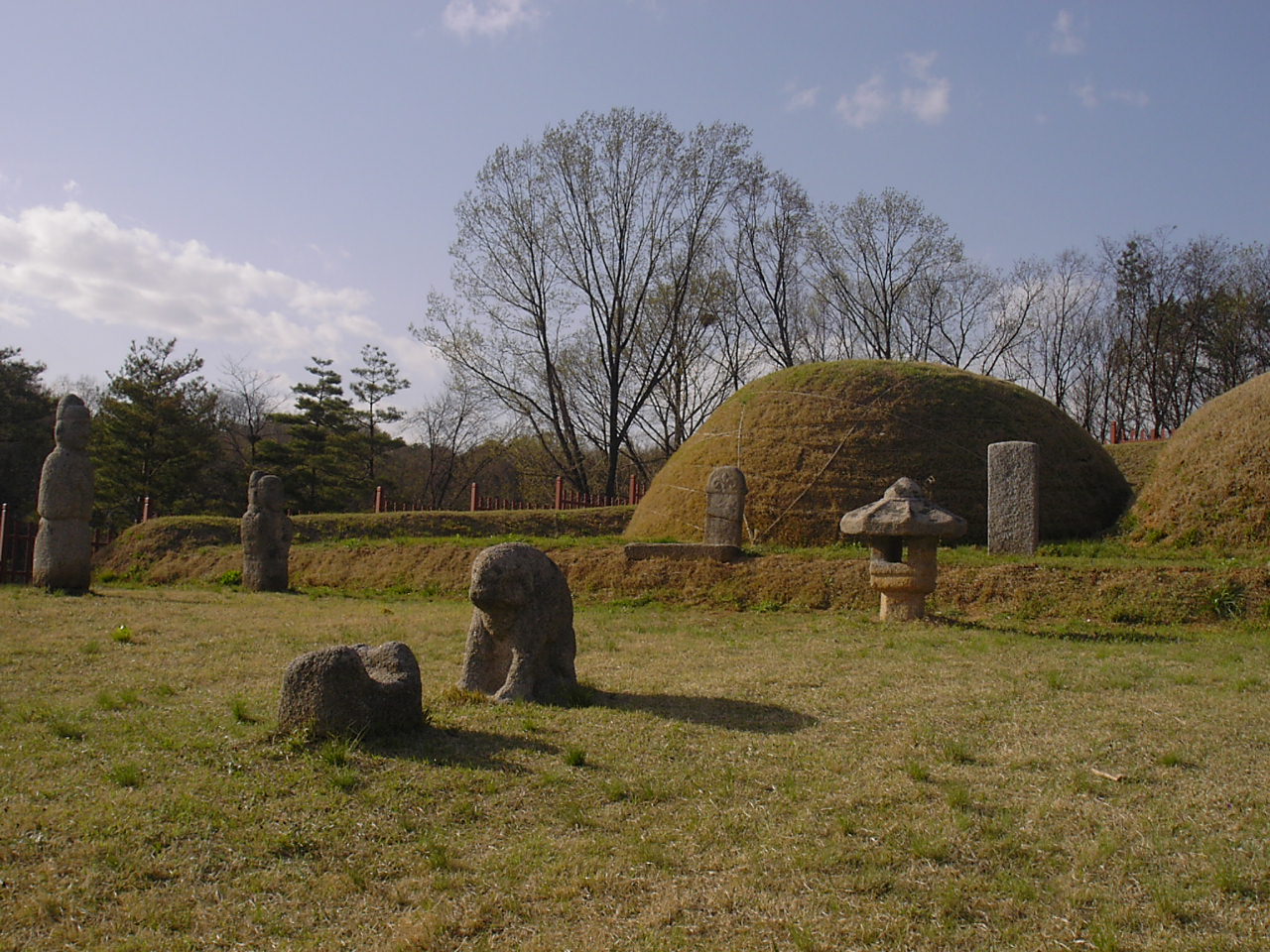 It is the last royal tomb of the Goryeo Dynasty and it’s distinct from the Joseon royal tombs in its small size and shabbiness.

It consists of two tomb mounds. The left is the king’s tomb, and the right is the queen’s tomb.

The monument on which the calligraphy of “Royal Tomb of King Gongyang of Goryeo” is written is well-preserved.

As for other stone figures, warrior statue, scholar statue, animal statue, milestone, etc have preserved their original form from the beginning of the Joseon Dynasty.

The Royal Tomb of King Gongyang has many interesting stories, such as the stories of Sapsal dog, King Gongyang and Half-day tomb, etc.